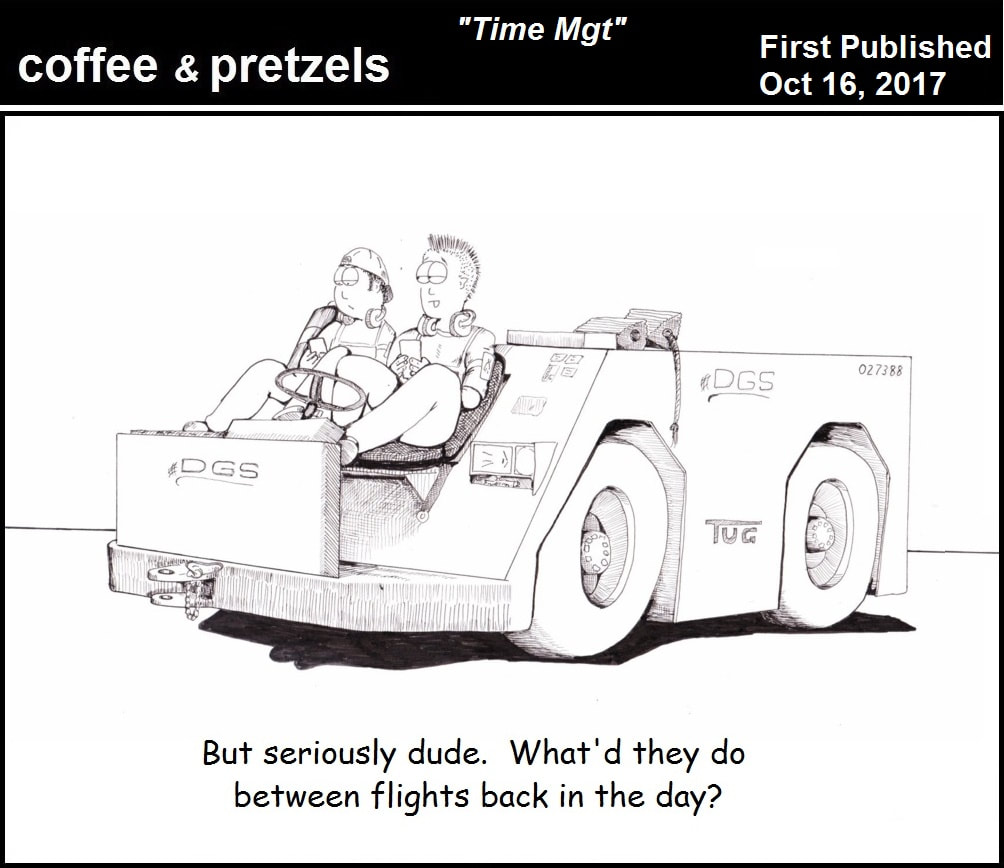 As you can probably tell, I am trying to tread lightly when I parody a situation or an employee group. When I do, I'm simply recognizing a very human reaction to an environment that we all may or may not have planned on putting ourselves.  That's where a great vein of comedy lies, somebody doing their best but finding themselves dealing with stuff they spent their life actively avoiding, yet there they are.

Another group that doesn't get a lot of love, but whom the entire operation absolutely revolves around are the rampers, ground personnel, "below the wing" folks, baggage handlers. Whatever title you want to use, these people do work that takes a very special professional to pull off. They need to coordinate hundreds of bags, in a system that may have hiccups, or flaws unintentionally built into it.  Throughout a shift, they will load and unload mountains of luggage, marshal a large, heavy aircraft onto a line the size of your wrist, push them back in tricky alleyways, knowing that while they're doing it, flight attendants are usually up and about performing their departure tasks. All this is happening with airplanes taxiing around with their inherent jet blast, other rampers zooming among the equipment on tugs and a laundry list of other vehicles, lav, fuelers, maintenance vans, trucks and tricycles creeping around. Oh, and it could be a driving blizzard, rain, or an August afternoon in Phoenix and they're expected to perform flawlessly while the Captain is ticked that he only got one cream in his coffee and not the two that he asked for. Their work is also based on the hub and spoke bank system of scheduling airplanes, so they will have a period of intense work and then down time in between. That's when they do what the rest of us do during down time, we look at our phones.

This cartoon was so much fun to draw. During a walk around one day, I snapped a picture with my Instamatic, oh wait, it was my telephone, and drew it with a fun caricature of some rampers.  I took a little artistic license with the shadow, just to add some depth to it. I was a little distressed by how small the phones were in the final version, but I had to trust that the viewer would put it together. Yes, I like to fit in a character with a mohawk from time to time.